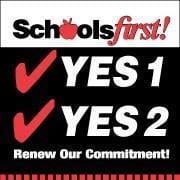 Ballots are in the mail for an important vote to renew two school levies on February 12: the three-year Educational Programs and Operations Levy (EP&O) and is the six-year Building Excellence Capital Levy (BEX V). Both are critically important for operations at Pathfinder and other Seattle schools and endorsed by the Pathfinder PTSA. Neither levy is a new tax, but instead, they replace expiring levies to fund Seattle Public School’s most critical needs.

What is the EP&O Levy?

The EP&O Levy funds day-to-day school operations, instructional materials and textbooks, school staff salaries like nurses, custodians, librarians and counselors, and special education support and services. A detailed description of the levy can be found on the Seattle Public School’s website.

There is currently a huge funding gap for these staff salaries and services. For instance, the state funds only 9 nurses for the district’s 53,000 students, but SPS employs 63 nurses with funds from this levy. Currently, Seattle Public Schools spends $140 million each year to support the more than 7,000 students who need special education services, but the state funds just $68 million. The remainder is made up with levy funds.

It is safe to say that should the the EP&O levy not pass, there would be a devastating impact to Pathfinder’s ability to serve its students.

Isn’t the state responsible for paying for these services?

Yes, but the state has not provided enough funding to fully pay for salaries, special education services, and other basic education responsibilities leaving districts like Seattle in a bind. It also capped the amount of funds that SPS could tap from the current levy, leaving Seattle with a $50 million budget deficit going into next year.

There are two things that need to happen to fix this funding mess. The EP&O levy must be renewed, and the Washington State Legislature needs to enact legislation to lift the levy cap and fund more of these basic services.

>> You can help by voting on February 12 and attending the PTA’s Education Focus Day on February 19th in Olympia. Please contact Pathfinder PTSA’s Legislative Chair Cecelia Lehmann at advocacy@pathfinderk8ptsa.org for more info.

What is the BEX V Capital Levy?

The BEX V Capital Levy renews a levy that provides new and healthier learning environments. It is also not a new tax, and unlike the EP&O levy, school facility funding is a local, not a state responsibility.

This capital levy will add classrooms and remove portables, by replacing or modernizing eight aging schools and adding capacity at other schools. It will enhance safety and security by securing school entrances, fencing, earthquake safety and fire alarms. It will provide all schools equitable classroom technology and support for student learning.

There is also additional information from Seattle Public Schools about the levies hanging on the community bulletin board in the hallway across from the main office. Read up and get out your friends, family and neighbors to vote to renew these levies on February 12. Your kids will thank you.